Breakdown or Break through? 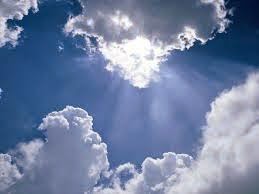 Recently, I heard a client describe the behavior of his father at the funeral of one of his father’s closest friends.  The client stated that it was the only time in his life that he had seen his father “breakdown and cry”. His choice of the word “breakdown” really stayed with me.I suggested to the client that maybe it was not necessarily a “breakdown” but possibly a break through!  He had described his father as someone who kept his feelings all bottled up inside and yet for this one brief moment; he allowed them to spill out for others to see.

Many us of think that crying is a sign of weakness, but is it really?  In my doctoral study days I was volunteered in a dual diagnosis clinic, specializing in drug and alcohol addiction.  I used to run an intervention weekly where I would challenge the people to think about their addiction and emotional responses from different perspectives.  One day I came into the classroom with two balloons.  One was orange and was just hanging limp without air, the other was blue and filled to the breaking point with water.  When I asked whom in the room thought crying was a sign of weakness, all had emphatically raised their hands.  I responded that the water-filled balloon symbolized those who thought expressing vulnerability signified that he or she was powerless.  I went on to explain that anyone expressing his or her emotion was represented by the orange one.

To really drive home my point, I retrieved a sharp, metal tack from the cork board in the room.   Holding the tack in front of the orange balloon, I explained that when we get hurt emotionally by difficult situations and experiences in life and are clearly able to express how we felt – "it is the equivalent of pushing the tack through the un-inflated balloon; it just flops aside."  Carefully holding the blue balloon up and positioning the tack – which resulted in everyone jumping up to get out of the way – I further explained that holding in your pain and sadness was what truly compromised your ability to appear tough!  So think about giving yourself permission to break through to being more spiritually, emotionally and physically strengthened!  It's OK to cry!
Posted by Unknown at 10:21 AM