Internet and the Proliferation of Compulsive Sexual Gazing & Engagement

A point that needs discussing is the issues regarding Online Sexual Addiction [OSA] and the use of pornography.  In the book, "The Guide to Getting It On", byPaul Joannides, there is a very healthy and thoughtful discussion regarding OSA.  Pictures of naked people engaged in various sexual acts have been around since the dawn of time and they are not likely to ever go away. 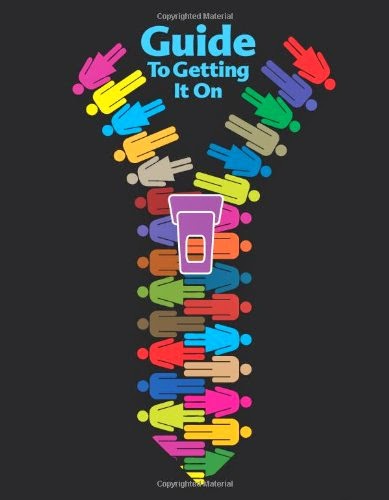 We need to learn a healthy way to educate our children and adolescents on the proper use of our bodies and stop setting it up to become something so forbidden that we find ourselves desperately seeking out these images in ways that can lead to obsessive-compulsive behaviors.  It only becomes a problem if we make it that way and we have certainly gone out of our way to make it such, so much so that a whole field of therapy and counseling has been established to help those afflicted in order to find relief from the distressing effects of looking at too many digitized images of naked people engaged in anything sexual.

There is an interesting article where Raymond Lawrence an Episcopal cleric takes on the subject of sexual addiction and claims it to be nothing short of another attempt of Western Christianity Religious belief systems to control ones’ sexual pleasure, which given their history – is destined to fail – “Sex is not an addictive substance. It’s a human interaction on which the survival of the species is dependent. It is also possibly the most pleasurable and sought after activity known to humankind, and arguably an experience no one should be deprived of. Most normal people consider, more rather than less, sexual pleasure to be a major objective in life.”  As I reflected on his comment, I was also struck by the fact that so many people are struggling with this in their relationships and truly do need help…but help with what?

If one were not in a relationship, would it still be a problem?  You could easily answer “yes” if it impacts ones’ employment or finances or any legal ramifications if what one seeks is judicially wrong.  However, most people I see in my practice are there because of their relationship being in trouble – in other words they got caught.  As absurd as this may sound, what if you compare this situation to someone who takes exercise to the extreme?  One could get in the same problems at work, with money and legally if one decided to ‘break in’ and steal the use of equipment.  Would we call this extreme excessive exercise addiction or as some believe ‘compulsive behavior’?  Since addiction appears to be coupled with substances like cocaine, heroin, and alcohol maybe we should/need to rethink the use of the word addiction.  Should we consider whether or not addiction is the best avenue to take when trying to describe and understand one’s need/consuming desire to seek out and engage in sexually explicit encounters?

Men, think about the first time you can remember getting an erection.  Typically, if it happened while you were asleep, you weren’t jumping out of bed and running down the hall to ask your parents.  If it happened at school, you were not wildly waving trying to get your teachers attention to ask her what was going on in your pants.  If you happened across a stash of pornographic images and got erotically excited you kept it to yourself.  In case you had not noticed what was common in what I just described is that sexuality for males is learned and practiced in isolation by masturbating.

One other colossally monumental point to make is that what turns us on for the first time and many times thereafter is most likely never the person we end up with in a relationship.  So the question that begs to be asked is: “Given those facts about how males may develop sexually – how are they supposed to seamlessly switch from internalizing their sexuality to miraculously sharing and communicating their sexual needs to a partner?  The answer for many men is that they do not or cannot and then they are accused of being emotionally distant and/or distracted.

There is a cultural expectation that has been reinforced for time continuum that once one is in a relationship with another they must remain devoted in all aspects to their partner.  I liken that to a man conditioning himself his whole life to play football.  He runs the drills, does the requisite exercises, learns the plays, etc.  Now when it comes time to play his first game – someone hands him a baseball glove and bat and tells him to go play!  Any we wonder why men struggle in relationships where they have been conditioned themselves to play solo?

For information on the BSPI survey or to schedule an appointment with me please visit the contact page at SexHealthDoc.com.
Posted by Unknown at 10:00 AM