The Art of Conversation

– Spoken As Dialogue Heard As A Monologue

Recently I gained an insight into how some couples communicate.  My fiancé and I were out with friends when I happened to notice something different about the conversation.  As I sat there and listened to the wife explaining her feelings to her husband, I realized that even though he was hearing what she had to say by way of his eye contact with her, he made no effort to respond.  She then became so frustrated and looked at me, shrugging her shoulders exclaiming, “See, he has nothing to say!  Are all men like that?”  I took the opportunity to relate what I had witnessed and asked for confirmation from the husband, which he was more than happy to oblige. 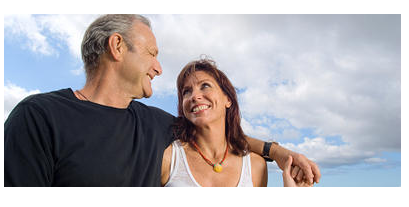 I explained what I had noticed and could resonate with the discovery as it is something that I do as well.  Many times when men and women are communicating, with the woman carrying the lion’s share of the conversation, the man will sit patiently and listen to what is being said but not reply or respond.  She interprets his silence as he is not listening or that he does not care.  She ends up getting aggravated and he ends up with the “deer in the headlights” look.  His typical response...What?  I was listening.  Her retort…Then say something; anything, so I know you’re here!

There are times when our partner is speaking – telling us what is going on.  She may tell him how she feels or something that happened with her family or at work.  He was listening for ways to contribute to the conversation and possibly was anticipating a question.  She thinks she is engaged in a dialogue, he hears no opening for a remark or comment, so he assumes it’s a monologue.  My friend jumped in his seat and exclaimed “that’s it!’ just like Charlie Brown did in the comics when Lucy was explaining something he was struggling to understand.

I think it is interesting to note how different we hear what is being said versus what was intended.  Our friends came to an understanding and agreement that night that whenever she is speaking, he would do his best to acknowledge and validate what he heard even if it was going to be a one word response versus silence.

How do you think you can contribute to your conversations with your partner that engages the two of you in a dialogue versus a monologue?

I am a licensed clinical psychologist and certified sex therapist, who has offices in Troy and White Lake, MI.  Additionally, I host a Relationship Fitness Bootcamp at the Niles Center in Troy, Michigan – the next class begins on September 18, 2014.  To register visit TroyCEOnline.  I hope you’ll join me