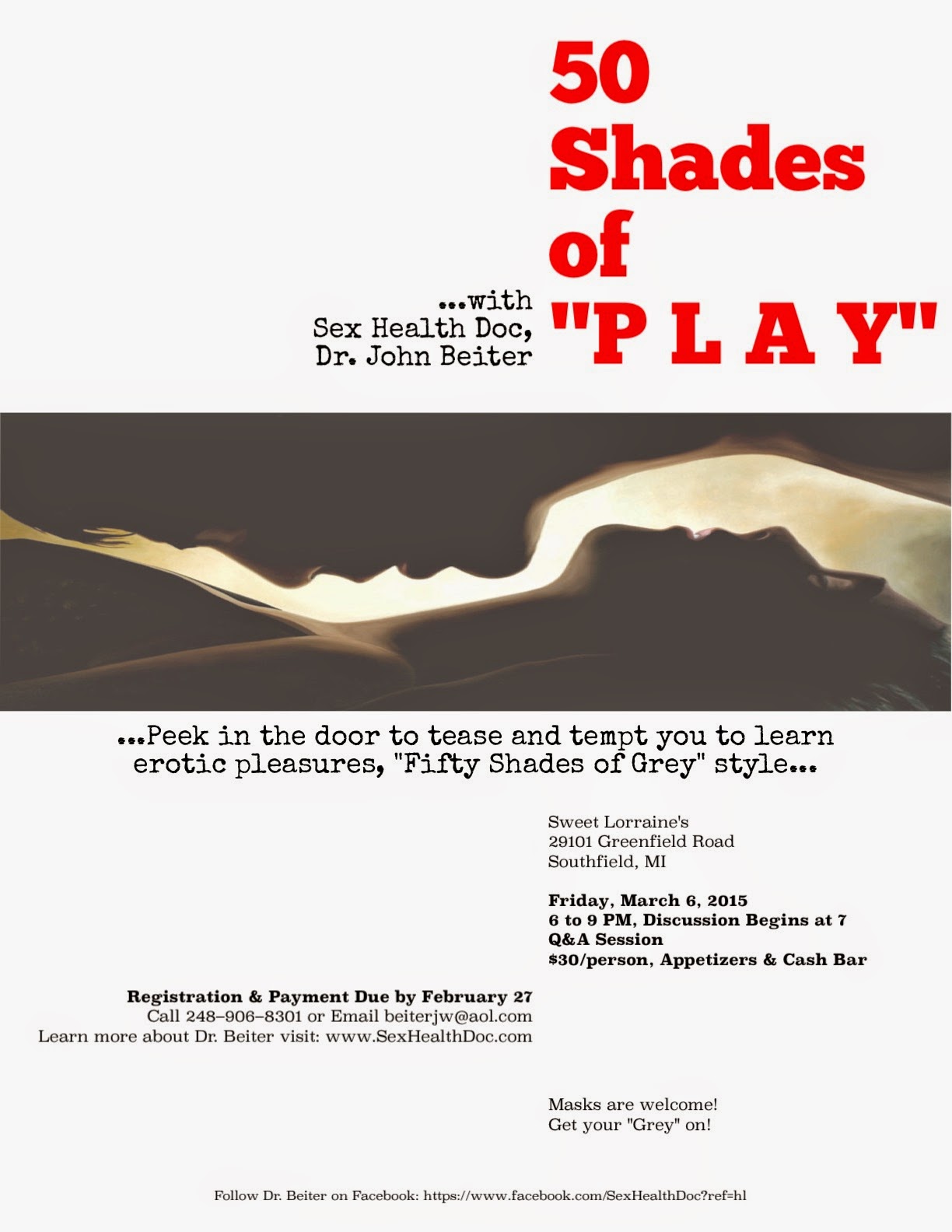 Nothing could be more true when applying this principle to The Fifty Shades of Grey phenomenon that has been sweeping the world.
From my humble position, I find it interesting that there is a huge controversy being raised as the E.L. James trilogy is being prepared for the big screen. Where were these voices when it was just a book selling over 100 million copies and being translated in 52 different languages?

It's intriguing to me that the movie has been labeled pornography by some people believing that the movie romanticizes violence against women. In my recollection, most advocates against pornography have said that it objectifies women in some form of violence or another.

So why is this anything new? One reason may be that the 50 Shades phenomenon was written by a woman, for women and, THAT the movie is being produced by a woman.

I invite you to learn more by joining me at Sweet Lorraine’s in Southfield on March 6 where I will discuss in detail how to have fun by safely and comfortable exploring with 50 Shades of Play.